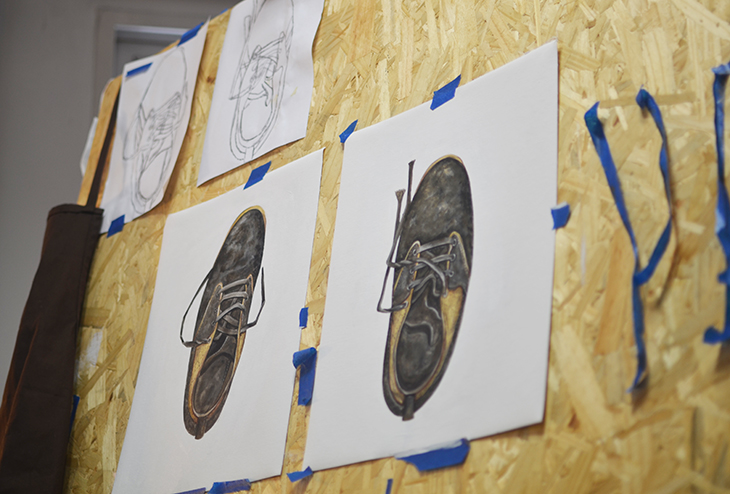 In April of 2017 Josho proposed me to make the cover art and the design of his next album, after several meetings we were defining how it would be. We took several photos of the shoes he uses for his shows, which were then painted. This design process took almost a year to be able to have the disk.

The sole is the cosmos, the road we walk is infinite. But this background is interchangeable with various textures that accompany Josho's disc.

We also made the visuals of several of his shows in Buenos Aires, Cosquín and La Rioja.