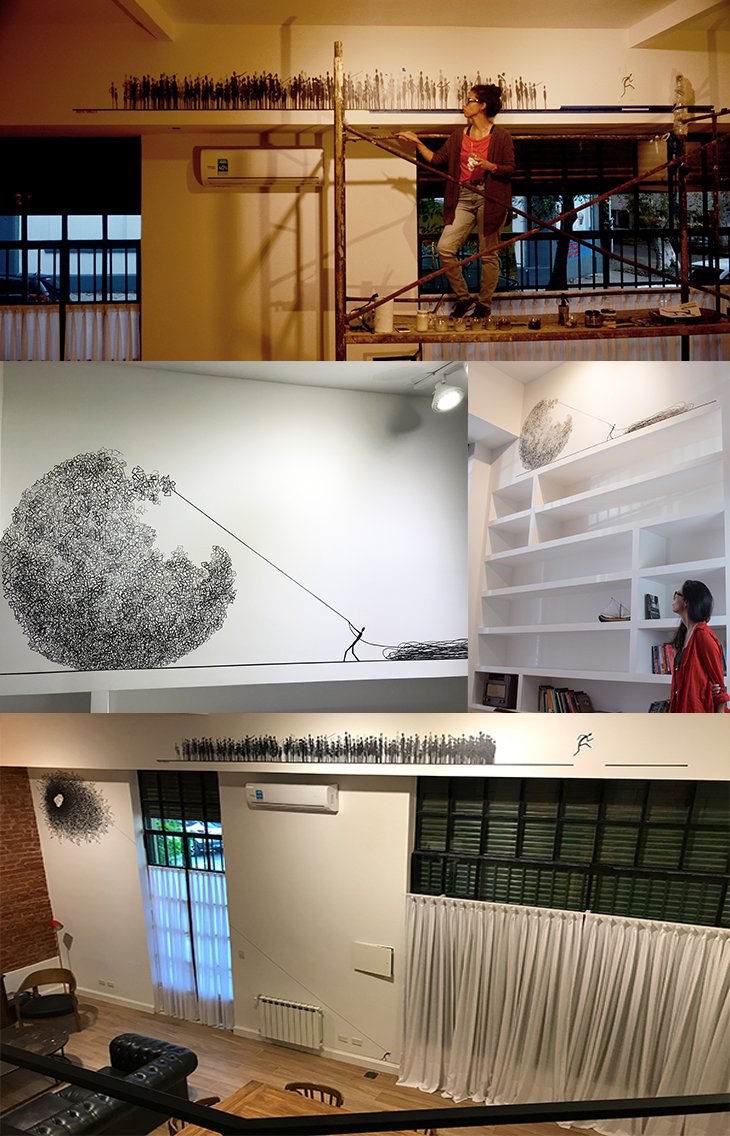 A character lives in a cubicle, but his loneliness is relative, what about the hundreds of thousands of characters that inhabit it? I am referring to his interests, expectations, intentions, innate and acquired knowledge, fears, prejudices, motivations, strengths and weaknesses, limitations and questions, which also have a voice and occupy a space, which accompany him ... dialogue with him.

You will understand now, because I have insisted so much on seeking a consensus.

This succession of events embodied in the walls takes place in three parts, three site-specific interventions carried out by Paloma Marquez during March / April 2021, surrounding a common, habitable, walkable space. A space where the characters repeat themselves, they are oneself, they are crowds. On pristine white backgrounds, on fine lines as a floor, pulling strings, jumping, unwinding tangles, but above all: insisting on its motive.

1- From the moment it is translated

the time of the end for the end of time,

The temptation to abandon the time of finitude ...

we choose what we are sensitive to

the difference is not in the importance of the threat,

the difference is in the inertia we got used to.

3- You will understand now,

why I have insisted so much on seeking a consensus.